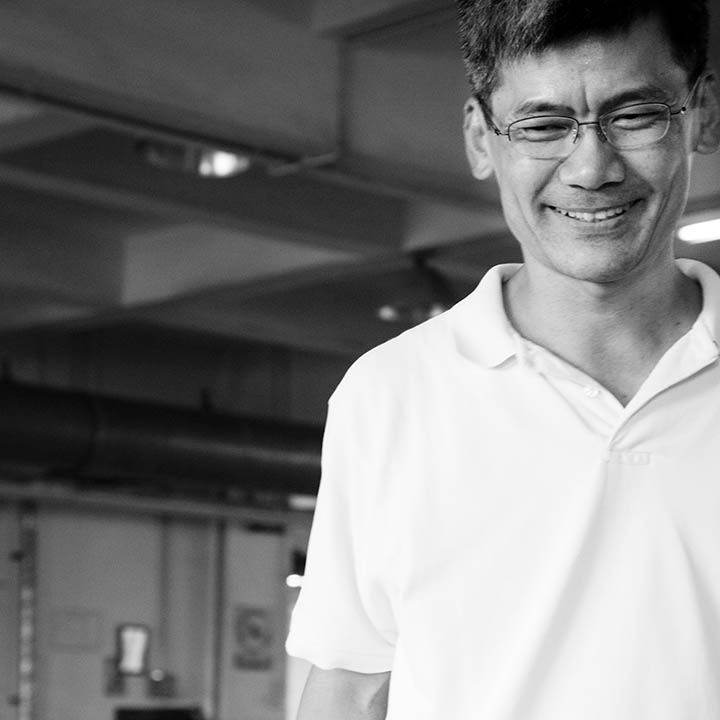 Born in Hong Kong, Samuel Chan was educated in the UK and trained as a furniture designer there before establishing Channels, his own design studio. His designs are characterised by a distinctively pure aesthetic combined with meticulous wood craft. Chan holds the highest number of British Design Guild Marks awarded and was named British Furniture Designer of the Year 2015 for his ability to ‘make wood sing’. His partnership with Sammy Or on this project has culminated in a piece of ‘writing furniture’ that possesses clarity of expression in form and spirit.

This collaborative partnership brings together two designers who are known for the visual clarity of their work. Sammy Or, who set the brief, is a typography designer whose fonts are seen in large format in public spaces. To function well in serving diverse members of the public, the fonts have to embody a certain universality and timelessness. Whilst Or’s designs are uncompromisingly modern in expression, they comes from a deep knowledge of the past, and the formal and technical approaches there have been in the canon of Chinese calligraphy.

Because Or’s work is about fonts and, as a consequence, words, he set a brief for a piece of furniture at which one can write – whether by hand or using a keyboard device.

This was a perfect challenge for Samuel Chan, whose own work over three decades has consistently sought visual purity and timelessness by virtue of disciplined design and exacting craft. His response to the brief is Stele ‘19, a writing bureau that has a geometric form, whose simplicity requires the highest craft to be successful. It works as traditional bureaus do – with a front that swings down to become a desktop, providing storage within the body of the cabinet. With its clean lines and fine proportions, Stele ‘19 embodies the philosophy and work of both designers.

A Chinese proverb “讀書破萬卷，下筆如有神” (read wide, and you will write wisely) has been carved into the front of the bureau as a subtle gesture to Or’s occupation. The piece is named ‘Stele ’19’ because its form and function evoke ancient steles – upright stone slabs or columns bearing a commemorative description – which are found all over China. 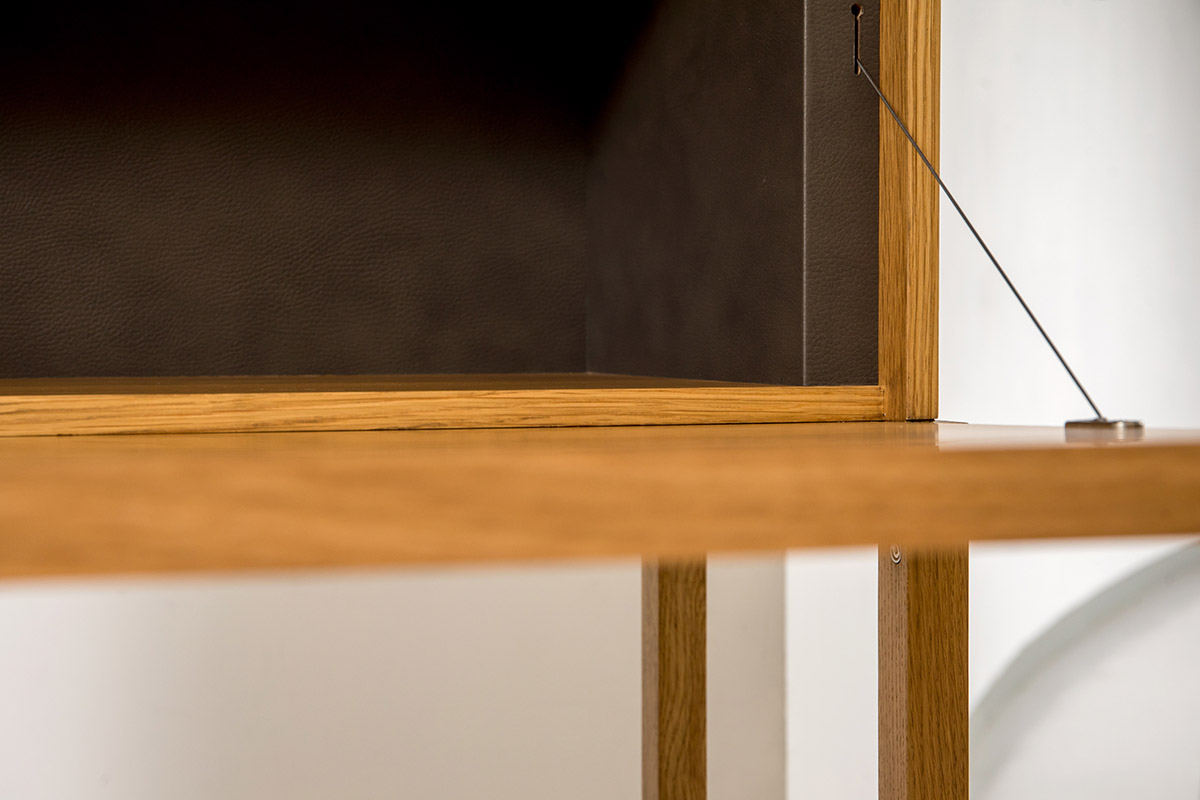